The sinuses are small empty caverns in the bony skull. They are lined by mucus membranes and connect with the nasal passages. Some sinuses are present at birth; others continue to grow and develop for the first 20 years of life.
Sinusitis is the name given when the lining of one or more of these sinuses is red, swollen, and tender, the opening is blocked, and the sinus is at least partially filled with fluid (mucus and/or pus).

Symptoms of sinusitis may include: 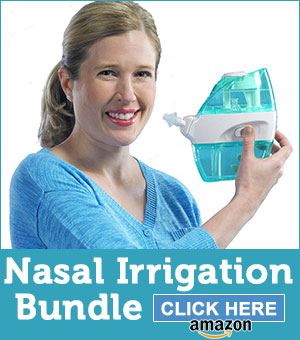 • a plugged up nose

• a feeling of facial swelling

You have sinusitis when:

Who gets it?
Anyone can get a sinus infection. Colds or nasal allergies are usually present first. Sinus infections are also more common when there is exposure to cigaterre smoke.

Allergists also recommend several non-drug treatments such as breathing in hot, moist air, applying hot packs to the face and washing the nasal cavities with buffered salt water. In certain cases, Endoscopic surgery to correct structural problems of the nose may be needed in more serious cases of chronic sinusitis. If there is the possibility of surgery to correct the sinusitis, your allergist will be able to make the proper referral to a surgeon.